Crow Canyon was founded on the idea that members of the public could play an important role in archaeological research. Each year, we welcome people of all ages to our campus near Mesa Verde in southwestern Colorado. Crow Canyon is a 501(c)(3) not-for-profit organization. 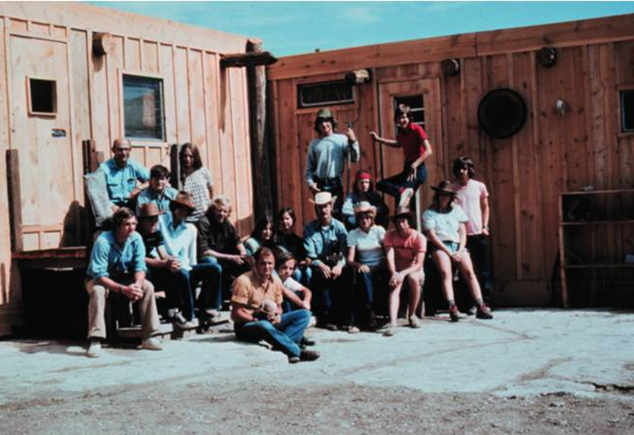 High school and I-SEP began offering job training programs for Ute Mountain Ute youth, as well as offering archaeology tours for adult learners. In 1982, FIA bought the property from Berger and changed its name to the Center for American Archaeology (CAA), with campuses in Cortez, Colorado and Kampsville, Illinois. Struever served as president and chief fundraiser for CAA, and Berger continued as Executive Director of the Crow Canyon campus. In the winter of 1982–1983, a lodge with dormitory rooms, a kitchen, and dining room was built, and spring—fall programs were advertised. In the spring of 1983, two Ph.D. archaeologists, E. Charles Adams and Bruce Bradley were hired, and Crow Canyon began running public archaeology programs for student and adult learners.

The campus is located in the heart of the Mesa Verde region where Ancestral Pueblo people lived for thousands of years before migrating from the area in the 1200s. There are also significant ancestral connections for the Ute, Paiute, Diné, and Jicarilla Apache nations. The area has a density of more than 100 sites per square mile in some places—one of the highest in the United States.

Since 1983, Crow Canyon has maintained a commitment to long-term archaeological research, including excavation, survey, and environmental studies to address problem-oriented regional and inter-regional research designs. Crow Canyon has consistently fulfilled its legal and ethical obligation to analyze the material collected from sites, curate the collections and records in federal repositories, publish descriptive reports and databases, and publish the methods of field and laboratory data collection from all its projects. In 1995, Crow Canyon established a Native American Advisory Group to integrate archaeological and traditional knowledge and to give back to the communities whose ancestors we study.

The Crow Canyon Archaeological Center emerged as an independent not-for-profit organization in 1985. Today, the Center is widely known as a leader in archaeological research and education, and is recognized as an innovator for its involvement with American Indians in its research and education program development and delivery, and for its partnerships with American Indian communities on mutually beneficial projects. The Center’s 170-acre campus now consists of a lodge, a research lab/office building, hogan-inspired cabins, and student cabins.

Our visual timeline takes you through the history and milestones of Crow Canyon.

“We have a responsibility to the land, all things on the land, to one another, and to our ancestors. These places are still occupied by ancestor spirits.”
— Dr. Joseph Suina

Our weekly newsletter keeps you up-to-date on our programs, projects & people!